Otley is an historic market town nestling below the Chevin ridge which is largely covered in attractive woodland and pathways. At its highest point the Chevin reaches roughly 925 ft, providing a super vantage point to view the town below and Wharfedale beyond.
The town is surrounded by green fields and countryside with the picturesque River Wharfe meandering through. The layout of the town follows medieval street patterns, featuring a vast range of property of all shapes and sizes, some very old and some much more recent. An ancient church, the old buttercross and clock tower in the market square, traditional streets and other historic buildings lend the town centre a great deal of charm.
The town is around 11 miles from the commercial centres of Leeds and Bradford and is also close to the spa towns of Ilkley and Harrogate. The nearby railway station at Menston, which is connected by a regular Hopper bus, provides a direct service to Leeds and Ilkley. Leeds Bradford International Airport is approximately ten minutes' drive and offers regular flights to UK destinations and overseas.
Otley enjoys an excellent community spirit including many diverse cultural groups ranging from Morris Dancers to drama groups to Otley Brass band and many, many more. There are also numerous sporting clubs such as Otley Rugby Club, cricket, golf and squash clubs and an increasingly popular cycling club (the cycle race in the summer attracts international competitors).
Otley is a magnet for shoppers with an open air general market three times a week and a good range of high street shops and independent retailers plus three supermarkets including Waitrose.
Families in Otley have access to a range of state primary schools and secondary schools including Prince Henry's Grammar School in the town centre and St Mary's Catholic Comprehensive School at nearby Menston both of which are rated as 'good' by Ofsted (2013 and 2008 reports respectively) with high standards of behaviour and attainment. There are several highly regarded independent schools nearby, including Bradford Grammar School, which is a popular choice due to the very convenient train service from Menston station.
What we love about Otley
Otley Farmers Market
Otley’s Farmers Market is held on the last Sunday of every month, on Otley Market Place from 9.00 am to 1.00 pm. There are over 40 stalls selling fresh and organic produce, direct from the producer and sourced as locally as possible.
Otley Chevin
The Chevin Forest Park is a wooded escarpment overlooking Otley. The forest features amazing views over the Wharfe valley and comprises 700 acres of woodland and crags, perfect for Sunday strolls or more intense walks and hikes. There is also a large bridleway on the eastern side of the of The Chevin which is ideal for horse riding and mountain biking.
Wharfe Meadows Park
Running alongside the River Wharfe, this well-maintained park is great space to picnic, hire boats, feed the ducks, allow the children to let off steam in the playground or just to sit and watch the river float by.

Properties for Sale and To Let 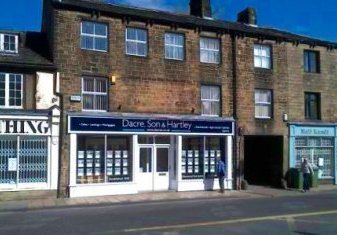