The town of Elland is situated around 3 miles south of Halifax and 4 miles north-west of Huddersfield. Elland was recorded as Elant in the Domesday Book. The town's name came from the Early English signifying 'land by the water, stream or land halfway or completely encompassed by water’. Elland is on the Calder and Hebble Canal, opened to the town in the late eighteenth century to serve the developing industrialisation of the Calder Valley.2017 saw a significant milestone for Elland as it marked 700 years since the town received a Royal Charter. The town and it’s surrounding villages are within an easy commuting distance of Halifax and Huddersfield and also the major cities of Leeds and Manchester.

Popular villages close to the town include Greetland, Barkisland, Ripponden and Outlane. These villages all sit within stunning Calderdale countryside.

Elland’s central amenities offer a wide array of independent retailers including the famous Dobson’s traditional sweet shop, alongside a number of larger supermarkets. It also has a library, a cinema and a host of bars, cafes and restaurants. The town has a good provision of leisure and sporting facilities such as Hullen Edge Park, tennis courts and an off-road cycling circuit. Within fifteen minutes drive of Elland are the retail centres of Halifax and Huddersfield where major retail chains can be found.

There is a wide selection of good state primary schools in Elland and the surrounding area including the outstanding Ofsted rated Greetland Academy. At secondary level, popular school choices include: Brooksbank School; Crossley Heath; and Ryburn Valley High School School. There are a number of independent schools close by including: Rishworth School; The Gleddings; Huddersfield Grammar School and Hipperholme Grammar School.

If you are considering buying a property in Elland and its surrounding areas please register your requirements using the box below. Alternatively, you can contact our Elland Branch who will be happy to help.

What we love about Elland and The Surrounding Area

The Piece Hall and Halifax

Opened in 1779 the Piece Hall was a centre for cloth merchants to trade locally produced “pieces” of cloth it has been a central focus of Calderdale’s commercial, civic and cultural life for nearly 250 years. The Piece Hall has recently undergone a £19 million conservation and transformation programme and now hosts many cafes, bars and restaurants alongside a treasure trove of boutique and unique shops. .

Halifax has recently seen somewhat of a renaissance in recent years with the launch of the £40million Broad Street Plaza. Here can be found a multi-screen cinema, gym and numerous restaurants and bars, which sit between the town centre and the world famous Dean Clough Mills site, now employing more people than in its carpet manufacturing hey day. In 2017 Halifax’s library and archives were completely re-built and the Calderdale Industrial Museum has been restored and re-opened. The next stage of Halifax’s re-development is the re-modelling of the railway station and the improvements to major roads in and out of the town.

The famous national children’s museum sits within a two minute walk from Halifax train station and is an interactive educational museum, with a focus on learning through play.

The bustling town of Hebden Bridge brims with character and curiosities, it was also the birthplace of the poet laureate Ted Hughes. Nearby, Hardcastle Craggs forms part of a beautiful wooded valley spanning approximately 400 acres, with the 19th century Gibson Mill visitor centre at it’s heart, lovingly preserved by the National Trust.

This is a friendly golf club perched up at Hullen Edge which welcomes players of all abilities. With spectacular views of the Calderdale countryside, it is a lovely place to enjoy a round.

Elland is surrounded by the stunning countryside of the Blackburne valley which offers ramblers some excellent walks and convenient hostelries such as the Spring Rock, Sportsman’s Inn and the cosy Moorcock Inn on Norland Moor.

Fifteen minutes’ drive from Elland is the large town of Huddersfield, the birth place of rugby league and a place filled with stunning Victorian architecture including the Grade 1 listed railway station described by John Betjeman as "the most splendid station faÃ§ade in England". For those who enjoy watching live sport Huddersfield is home to a Premier League football team and a Super League rugby team. The town also has a highly rated University and three further education colleges: Greenhead College, Kirklees College and Huddersfield New College. 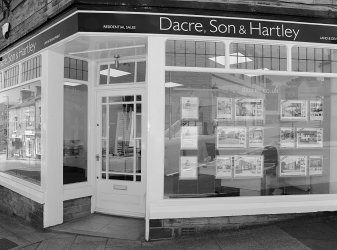