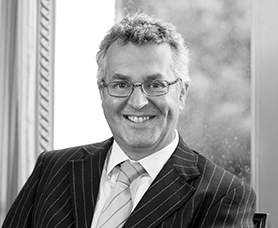 The average asking price of newly marketed property continues to rise according to Rightmove - and this is despite a dip in sales last month compared to the same time last year.

For the third month in a row asking prices have hit a record high - in the latest case it’s following a 0.4 per cent rise in the past four weeks, equivalent to £1,364 on a typical home. This makes the annual increase in asking prices 1.7 per cent.

The data from Rightmove shows that last month’s overall sales agreed numbers were 2.0 per cent down on May 2017, although a more substantial 5.4 per cent above the total for May 2016, before the Brexit vote.

“This is a pleasingly strong flourish at the end of the spring selling season given the political uncertainty and stretched buyer affordability. At an initial glance all of this fits with a theme of ‘steady as she goes’ as the spring market concludes. However, if you dig a bit deeper, you’ll find that the main driver is good buyer demand in the comparatively stock-starved northern half of Britain’s housing market,” according to Miles Shipside, Rightmove director and housing market analyst.

“This demand, fuelled by prices that in comparison to the south are still relatively affordable, have meant the number of properties left available to buy has dwindled in the north and increased in the south.”

The northern regions on average have 4.3 per cent less available stock for buyers to choose from compared to a year ago, giving sellers potential upwards pricing power.

Patrick McCutcheon, head of residential sales at Dacres, believes the current lack of homes for sale in his patch is a trend that first began a year-and-a-half ago in the South and Midlands. Patrick says: “It is now clear that the phenomena has migrated northwards, and in the first few months of 2018 we have witnessed a noticeable reduction in the number of homes being listed.”

In contrast all the southern regions have more buyer choice, with available stock up by an average of 17.5 per cent compared to a year ago, a driver for a buyers’ market and some downwards price pressure.

Shipside observes: “The reduction in property choice for buyers in the north compared to a year ago is a result of property for sale being snapped up, meaning it’s more of a sellers’ market there. In marked contrast the jump in buyer choice in all southern regions shows there are signs of a sellers’ market in some areas. With the year at mid-point the 2018 summary so far is that the chances of sellers finding a buyer in the northern regions seem to have held up very well against the previous year, but market conditions are clearly more challenging for sellers in much of the south.”

At a national regional level, Wales and Scotland have the greatest drop in available stock, with 10.3 per cent and 10.4 per cent fewer properties for sale respectively compared to a year ago.  In terms of English regions, Yorkshire and the Humber has 6.3 per cent less choice for prospective buyers than a year ago, with the North West seeing a drop of 4.1 per cent.

The North East (down 2.3 per cent) and the West Midlands (down 2.2 per cent) have smaller decreases in available stock, and the only northern region to see an increase is the East Midlands with a 4.0 per cent uplift.

All southern regions have seen a stock increase compared to a year ago, indicating more challenging market conditions - the East of England has a huge 24.9 per cent more properties up for sale, and the South East has 20.0 per cent.

London has a smaller increase of 16.4 per cent and the South West completes the southern stock picture with an 8.2 per cent increase in available stock.

Shipside advises: “With the normally more active spring buyer market over and with some potential buyers likely to be distracted by summer holidays and World Cup-itis, the goal posts have just moved. Sellers in locations that have seen larger percentage increases in the number of unsold properties will have to price lower than properties they are competing against, as there are few better tactics than a bargain price to tempt buyers. It’s likely to take extra time to sell over the next few months, especially in the southern half of Great Britain.”