Situated on the banks of the River Wharfe, with Ilkley Moor and Middleton Moor providing dramatic backdrops and bracing Sunday walks, Ilkley is undoubtedly one of the most attractive, former spa towns in the whole of Yorkshire if not the UK.  Built on the fortunes of the Victorian mill industries, that style of architecture dominates – from fabulous Victorian villas to exceptionally maintained Victorian shopping arcades.

Despite its semi-rural location, Ilkley is also eminently commutable with excellent regular direct train services to the commercial centers of Leeds and Bradford as well as many of the outlying villages such as Ben Ryhdding, Burley in Wharfedale and Menston. Leeds is 15 miles away and can be reached via car on the A660 in around 45 minutes, Bradford in around 30 minutes and Skipton – the gateway to the Yorkshire Dales in under 20 minutes.

Ilkley boasts a wide range of sporting clubs, including Ilkley Tennis and Squash Club – home to the Ilkley International Tennis Festival, two golf courses, rugby club, and a swimming pool with one of the country's last remaining art deco, open-air lidos. It also hosts a round of superb cultural events, including the UK's leading literature festival in the north of England.

Ilkley offers high-performing schools both state and independent. At primary level Ashlands Primary School is rated as outstanding by Ofsted as is All Saints CofE primary school on Easby Drive. State academy Ilkley Grammar and St Mary’s Menston, a catholic voluntary academy, serve secondary level pupils. Private education provisions in the area include Westville House School – a co-educational school for 2 ½ - 11 year olds ranked 44th in the country by the Sunday Times, Moorfield a co-educational school for 2 ½ - 11 year olds which is rated Outstanding by Ofsted. And Gyhll Royd an independent school for  girls and boys aged 2 ½ - 11 years old in Burley in Wharfedale.

What we love about Ilkley

This is a fantastic sports and leisure facility in the centre of Ilkley offering superb outdoor grass tennis courts, indoor and outdoor hard courts as well as squash courts and a fully equipped gym. Members also benefit from a modern clubhouse-playing host to regular social events as well as a stylish café bar.

Betty’s is a local institution which people flock from miles around to visit but Ilkley residents can take advantage of everything this famous tea room has to offer every week - whether it’s popping in for a quick pot of tea and Fat Rascal whilst out shopping or treating ourselves to a relaxed Sunday brunch ready for the week ahead!  And you’ll never make a birthday cake ever again with the fabulous selection on offer from Betty’s!

Part of Ilkley’s spa town heritage Ilkley Lido is one of the UK's last remaining outdoor pools. Enjoy a summer picnic in the tranquil setting and take in the fantastic views over Ilkley Moor whilst soaking up the nostalgic seaside atmosphere!

Properties for Sale and To Let 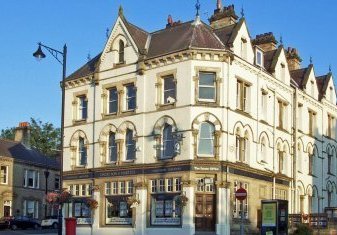