What we love about Harrogate

The popular spa town of Harrogate is one of the most sophisticated destinations in the north, with stunning buildings, wide-open parks and a long list of attractive shops and restaurants throughout the town.

The very picture of genteel Yorkshire respectability, Harrogate owes its landscaped appearance and early prosperity to the discovery of more than 80 ferrous and sulphurous springs that, by the nineteenth century, turned Harrogate into one of the country’s leading spa resorts. The Victorian Royal Baths, the Moorish-style Turkish Baths and Health Spa, the Royal Pump Room and the old Promenade Room of 1806 are all elegant examples of Harrogate’s heritage.

With acres of well-tended open green space across The Stray, the 120-acre Valley Gardens and the botanical gardens at Harlow Carr – visitors and residents are spoilt for choice when it comes to lush outdoor space.

Harrogate has everything you would expect from a town that is regularly voted one of the best places to live in the country. With something for everyone, Harrogate boasts a Victorian heartland including attractive terraced homes, starting from £200K, and ranging right up to the grand £3m plus Victorian mansions. There are also a wide range of luxurious town centre apartments to choose from.

With many pre-war neighbourhoods including semi-detached and detached properties set in significant plots, there is plenty of scope to secure development and renovation projects. A boom in construction in the 1960’s, 70’s and 80’s significantly expanded the town and a new wave of housing developments from national, regional and niche housebuilders, both in the centre and on the outskirts of town, continually appeal to all types of homebuyers.

Scattered throughout the Harrogate District are several chocolate-box villages as well as the Cathedral city of Ripon and many pretty market towns like Pateley Bridge, Masham, Knaresborough and Boroughbridge with open squares, independent shops, tea rooms, cafes and restaurants, as well as museums and galleries.

With a great selection of private and state schools – parents are spoilt for choice. There are over 60 primary and secondary schools and colleges in the Harrogate District. In the heart of Harrogate, popular secondary schools include Harrogate Grammar School and St Aidan’s Church of England School.

Harrogate railway station connects to Leeds in just 35 minutes and York in 40 minutes, as well as offering direct services to London Kings Cross. Leeds Bradford Airport is also easily accessible from Harrogate in under 30 minutes.

Harrogate is around 15 miles from the A1M and there are also good bus services to Leeds (the ‘Harrogate Bus’ number 36 runs regularly and takes just over an hour), Wetherby and York.

With a great selection of well-established independents, including the legendary upmarket fabric and home emporium – Woods, and even the Queen’s former lingerie supplier, Rigby and Peller has a shop in Harrogate. The Montpellier Quarter is a hub for stylish independents and there are lots of well-known high street brands including Primark, The White Company and Jack Wills in the town. James Street, West Park, Cold Bath Road, Commercial Street, Beulah Street and Parliament Street all provide plenty of opportunities for retail therapy and there’s also a great range of supermarkets.

When it comes to eating and drinking in Harrogate - the famous Bettys tea rooms is a huge pull for tourists and locals alike. With a town centre tea room and another based on the outskirts of town at Harlow Carr, its popular cafes and shops sell a range of delicious treats and there is often a queue snaking around the corner of Parliament Street with eager customers patiently waiting for the unique Bettys experience. The Ivy is the place to be seen in Harrogate town centre with a glamorous décor and delightful menu.

There are also lots of established national chains sitting comfortably alongside independently owned restaurants and cafes. Many locals make sure they support the stalwarts of the town including the likes of William & Vics, The Drum & Monkey and The Orchid. Once the food has settled, there is a tremendous choice of independently owned and managed pubs and bars in Harrogate.

Golfers can choose from four established golf courses in and around Harrogate, which are of a championship standard. With popular and well-established rugby and football clubs there’s a match nearly every weekend! There’s also a thriving athletics club, a park run, a plethora of gyms, a modern leisure centre, a fabulous indoor climbing facility and a gymnastics centre at Hornbeam Park.. For a more relaxing time Harrogate boasts two cinemas - the swanky Everyman and great value Odeon.

Harrogate is most famous for its cream teas and Turkish baths. The classic spa town is also well-known for its quaint streets, historic houses, landscaped gardens and charming welcome. Harrogate has been put on the international map at least twice – once when it hosted the Eurovision song contest in 1982 and again in 2014 when it served as the finish line of the first stage of the Tour de France.

Harrogate’s Royal Hall, which is over 100 years old, is well-known for its spectacular décor and breathtaking setting but many people don’t realise that Harrogate theatre runs a fabulous programme of entrainment throughout the year with a series of nationally renowned companies alongside live comedic performances and musicians.  Harrogate theatre also hosts an annual fun packed pantomime in its own charming building – oh yes it does! 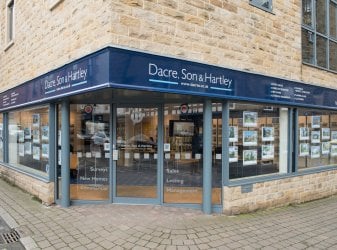