MAY UPDATE FROM TIM WARING 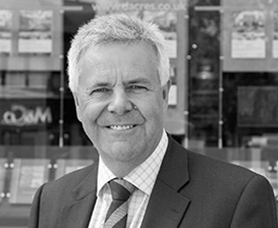 As those of you who follow the business news will have noted, the holding company behind property portals Zoopla and Primelocation could be taken over shortly by a major American private equity organisation for some £2.2 billion. When added to the possible merger of online agencies of Tepilo and eMoov for a more modest but still eye watering £100 million, it is perhaps not surprising that some commentators are questioning whether the property industry is on the verge of a digital revolution.

By the introduction of what some have described as “serious money”, will this result in a transformation as to how the public buy and sell? And furthermore, will websites take over the role of the traditional high street agents?

Well of course you would expect me to say no. But if you take a step back and look at the situation in the round, there are a few glaring factors that stand out.

The English “subject to contract” system is notoriously slow and cumbersome. IT systems and data have significantly improved the flow of information and property portals have benefitted the most in terms of how this information is made readily available to buyers and sellers alike, as well as their professional advisors.  So to follow a football analogy that makes it 1 – 0 to Online

There is a well know maxim that property valuation is an art not a science. Just because two houses are the same size, as well as the same layout and age, it does not mean they are worth the same despite “what it says on Zoopla” as was quoted to me by a potential buyer last week. Condition, décor and aspect are just some of the many variables that a website cannot assess in arriving at a value. So Traditional scores and its now 1 – 1.

Service is always a matter of interpretation. Yes a website offers 24/7 visibility and yes you might be able to book a viewing on-line. It is all very convenient but yet it you are the seller, you will have probably had to pay it up front before anyone has even viewed. But then you still need an individual (often an agent) to conduct the viewing itself and someone needs to handle the negotiations on price, as it can’t all be done online. Lets just say on the question of service that two individuals will probably have four different opinions as to which they prefer and therefore maybe the score line remains at 1 – 1.

So now we are into extra time. Buyer and seller have agreed a price either online or through an agent but now the fun really begins with human nature coming on to the field of play. And this is where, in my humble opinion, the personal (not digital) skills of an agent come through especially if/when the parties to the transaction decide to move the proverbial goal posts half way through (excuse the pun). Keeping often long chains of sales together, managing expectations post survey, chasing the other protagonists to the transaction (such as conveyancers and lenders) are an amalgam of skills that can take many years of experience to accumulate despite the fact that many still think estate agency is easy. Final goal, in fact 2 in quick succession, go to Traditional.

So the final score is 3 – 1 in favour of Traditional. But you cannot ignore the presence or impact of the other team and therefore if the traditional high street agent is to continue winning, it must remain on top of its game! And don’t forget they only get paid if they sell.

Tim Waring FRICS is a Director of Dacre, Son & Hartley and leads their Prime property team based in Harrogate, tel: 01423 877200 or email tajw@dacres.co.uk.