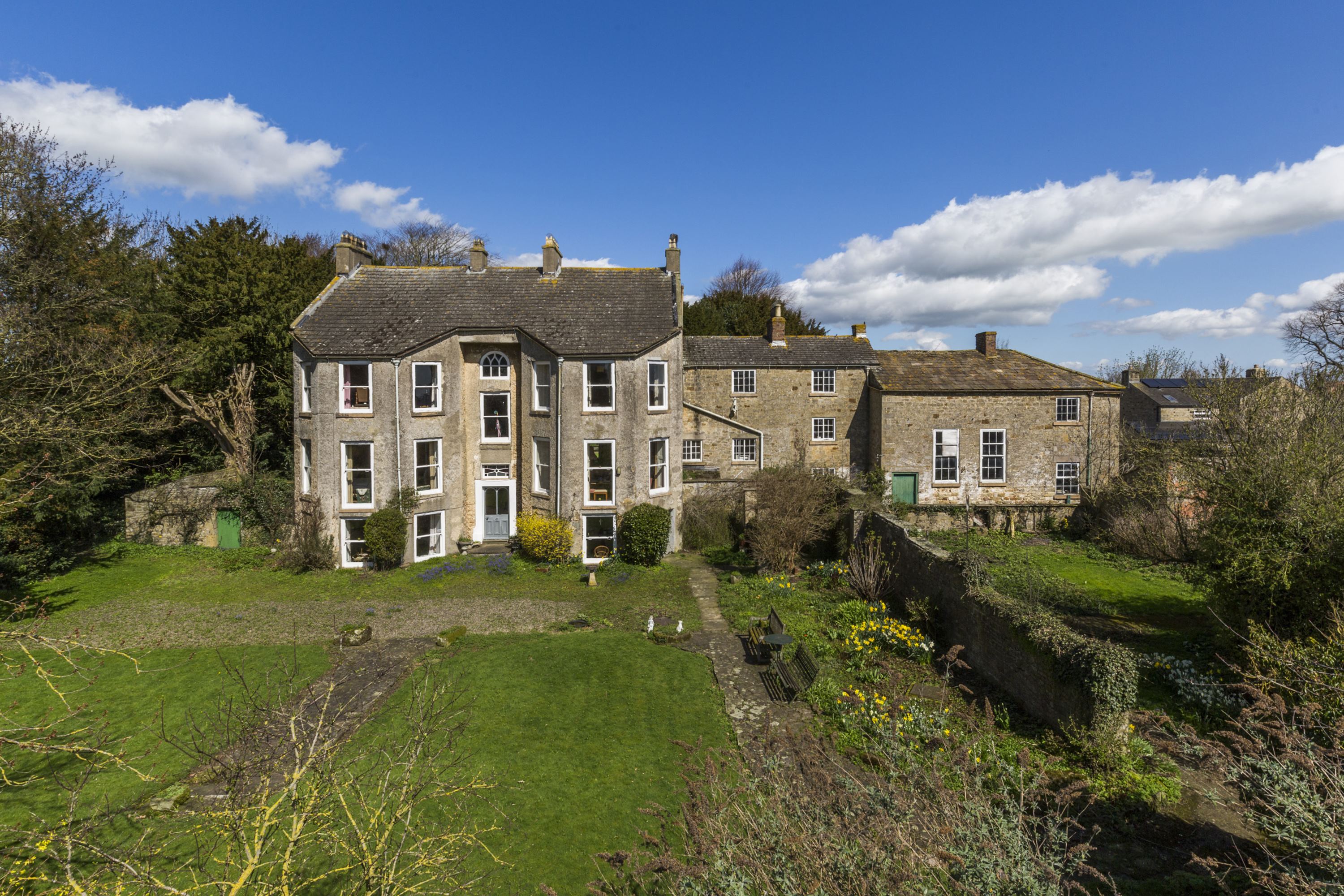 An impressive Grade II listed former rectory in an enviable village location close to the Yorkshire Dales, yet easily accessible for commuting, is for sale for the first time in more than 60 years with our Ripon office.

Manor House in Finghall dates back to the late 17th century and the extensive seven bedroom property is full of character-filled, timeless features. Set within established private grounds with a paddock and enchanting woodland totalling 2.82 acres, Manor House is arranged over four floors with additional cellar rooms. There are a number of stand-out features, including distinctive bays to the south elevation, Queen Anne sash windows, some with gothic glazing bars, period fireplaces and Carron cast iron grates, along with an impressive turned baluster staircase.

Julian Kirk-Alton, is the third generation of the same family to own the property.  Julian’s grandparents bought Manor House in the 1950s from the church as a derelict. Aged 75, Julian’s grandfather Sydney Kirk, who was a retired farmer, embarked on the ambitious restoration project with his wife Annie. Transforming the large country property into an elegant family home, it stands as a ‘time capsule’ to a past era and now wants an imaginative buyer to make the most of its period charm.

Julian says: “When my grandfather retired from farming in 1957, he and Annie purchased Manor House which was directly opposite their farm, as my grandmother had always loved it, and they set about transforming it into what you see today. I have wonderful memories of the place as a child. We spent hours playing in the woods and building camp fires, only being called in when the big servants’ bell was rung for elevenses or tea. It always was, and still is the most magical place where we played the ultimate games of hide and seek in those grounds!

“When my grandparents died, my aunt lived in the property for many years, then my brother and I inherited it. My intention had always been that my children would be able to experience elements of what some may call a slightly eccentric upbringing. My children have now had those experiences and the time has come to for another family to play its part in the future of Manor House.”

Senior Associate and Area Manager, Chris O’Mahony from our Ripon office, says: “Manor House has a fascinating history. It’s clear that for hundreds of years that it was totally self-sufficient, with an icehouse that servants would fill with ice from the ponds, a kitchen garden, a pond full of fish, paddocks and stables for livestock and a large servants’ wing, it was a typical grand home of its time.

“Julian and his family have cared for the substantial country home for so many years, but it is now time for another owner to breathe new life into the main house, which also has a linked cottage, a former school room and laundry, and a range of outbuildings.

“Manor House enjoys a quiet rural setting in the village of Finghall, which is close to Leyburn , Richmond and Bedale and all of the amenities those towns have to offer. A big selling point however is the fact that it is easily commutable, with Bedale's by-pass providing a speedy link to the A1 and mainline railway stations at Thirsk and Northallerton with regular journeys to London Kings Cross.”

Manor House is approached by double wrought iron gates to the front leading to a circular gravel driveway and there is a secondary driveway from the village main street, with gates leading to a courtyard area with period stabling and outbuildings. The principal garden is to the south with a large level lawn and shaped beds plus a walled kitchen garden. There are open views across the adjoining paddock and ha-ha, onto an orchard and extensive woodland to the west with mature trees, wild flowers and a stream running through.