More News
Rightmove’s latest house price index reveals a post-election bounce and a return of optimism within the housing market with a 2.3% (+£6,785) surge in the average price of property coming to market, the largest monthly rise it has ever recorded at this time of year.

Nearly 65,000 properties were marketed between the 8th December and the 11th January, with most of them coming to market after the 12th December election, indicating a surge of optimism amongst sellers. Buyers also appear optimistic, with a jump in demand since the election. In the period from 13th December to 15th January, immediately after the election, enquiries to estate agents were up by 15% compared to the same period a year ago. This then led to a 7.4% increase in the number of sales agreed over the same period.

In addition, the data reveals that prices in Yorkshire and the Humber grew by 0.5% annually with a 0.1% monthly increase, and the average house price has reached £190,579. Patrick McCutcheon, head of residential at Dacre, Son & Hartley, said: “It’s clear that both sellers and buyers now feel that the time is right to make a move. Low interest rates, high employment and wage growth is helping buyer affordability, and with a fresh new influx of properties coming onto the market across all 20 of our offices this month, the signs are all very looking very positive indeed.”

Miles Shipside, Rightmove director and housing market analyst comments: “These statistics seem to indicate that many buyers and sellers feel that the election result gives a window of stability. The housing market dislikes uncertainty, and the unsettled political outlook over the last three and a half years since the EU referendum caused some potential home-movers to hesitate. There now seems to be a release of this pent-up demand, which suggests we are in store for an active spring market. The early birds are on it, with over 1.3 million buyer enquiries to agents since the election, up 15% on the same period a year ago. Some buyers are even further ahead and have snapped up a property already, with the number of sales agreed up by 7.4% on this time last year.”

This month’s 2.3% rise in new seller asking prices is the largest that Rightmove has recorded at this time of year since we started our House Price Index in 2002. The previous highest January rise was the 2.2% recorded in January 2015. This has helped to push the annual rate of increase to 2.7%, the highest level since July 2017.

Shipside notes: “Whilst a substantial rise is the norm in January, buoyed by the start of a new year, this is the biggest new-year price surge that we have ever recorded. However it is still a price-sensitive market, with stretched buyer affordability, so sellers should be careful not to get carried away with their pricing and miss out on this window of increased activity. One factor behind the upwards price pressure has been the shortage of property coming to market in many areas of the country, with some would-be sellers postponing their moves until they judge the outlook to be more certain. While there may well be more twists and turns to come in the Brexit saga, there is now an opportunity for sellers to get their property on the market for a spring move unaffected by Brexit deadlines. For those who can afford to move and have been putting it off, now would appear to be a good time to get a view from a local estate agent on their property’s value, and a mortgage quote for the great fixed-rate deals that are currently available.”

One of the positive features of the market last year was the high percentage of first-time buyers. However, their strong desire to get onto the housing ladder and the lack of supply coming to market have now resulted in this year’s first-time buyers facing all-time highs in the price of properties in their favoured sector. Newly-marketed properties with two bedrooms or fewer now have a national average asking price of £193,103.

Shipside adds: “First-time-buyer activity has remained strong, buoyed by cheap interest rates and the high costs of renting. The downside of this high demand is upwards price pressure, with the average price of typical first-time-buyer property hitting a new record high. However, the annual rate of increase remains fairly modest at 1.6%, less than the rate of growth in average earnings, so affordability has actually improved a little for first-time buyers.” 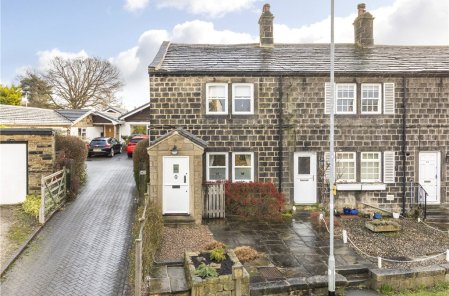 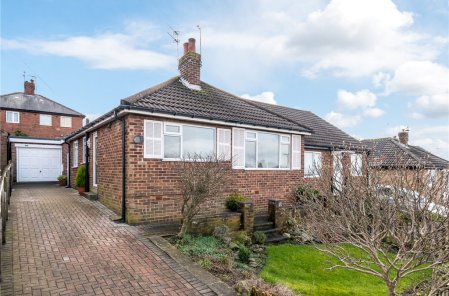 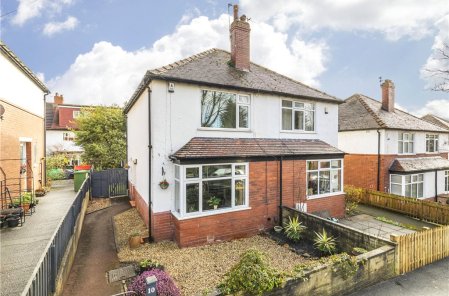 A well-presented two bedroom semi-detached property, situated in a peaceful quiet leafy street and yet within walking distance of Headingley Centre. An internal inspec...

Your Valuation in the region of...

Whilst this instant valuation provides a guideline, your local Dacre Son & Hartley property expert will be in touch to provide a more accurate valuation taking into account improvements to your property, the local market and more.

Recently sold in the area

These properties near you were sold recently.