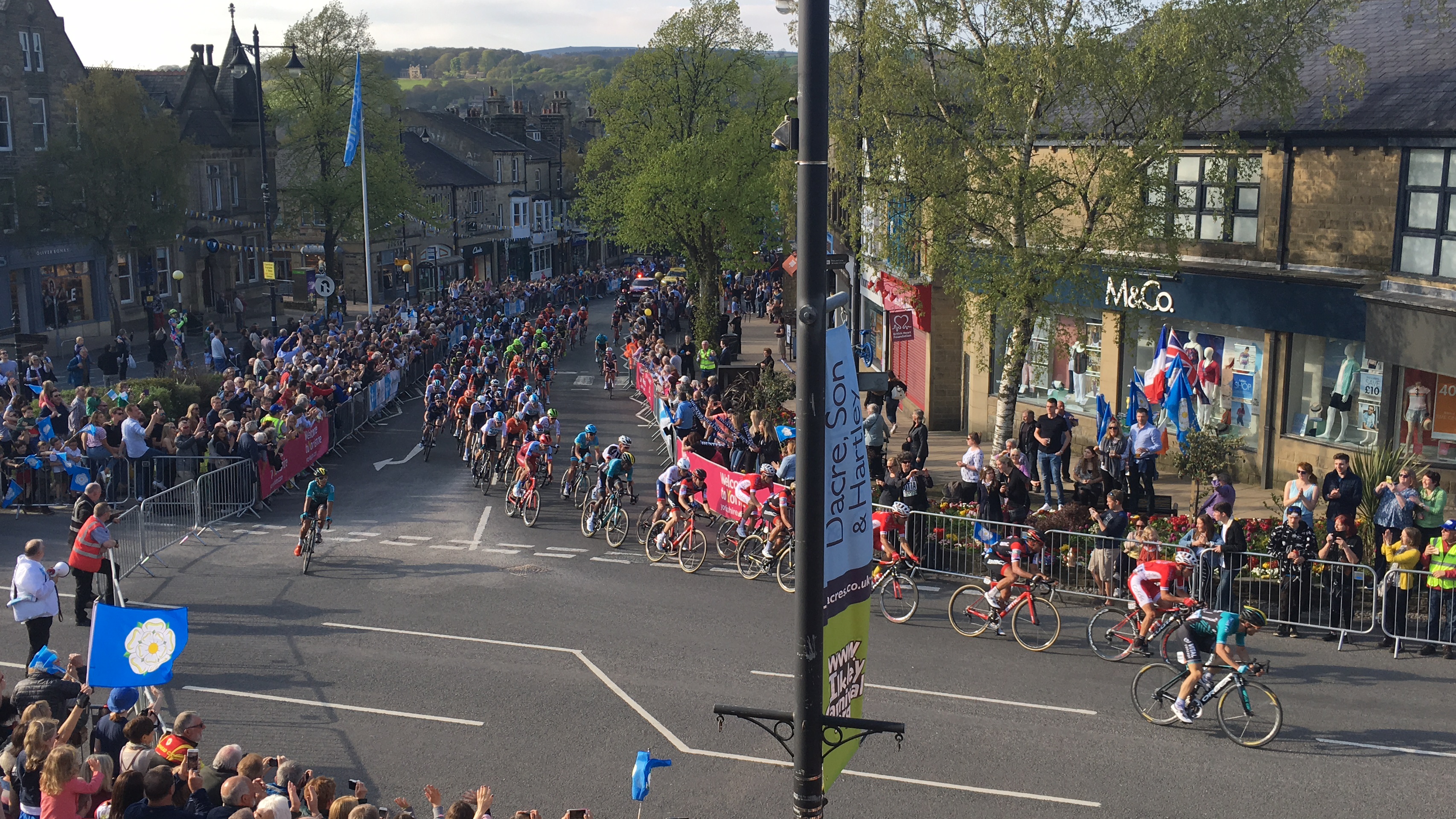 Our Ilkley office was in prime position on day two of the Tour de Yorkshire, as the world’s best professional cyclists started their final climb of the day up to the race’s first ever summit finish.

Both the men's and women's races passed the office on The Grove before racing to the finish line on the Côte de Cow and Calf, which took centre stage on day two.  The men’s stage was won by Magnus Cort Nielsen and Megan Guarnier did it for the women.

Patrick McCutcheon, head of residential sales, said: “Ilkley played a big part in the Tour de Yorkshire in 2015 and 2017, as well as during stage one of the 2014 Tour de France Grand Départ.  They were all special but finishing on the Cow and Calf was something else completely.

“To see the riders battling against the gruelling climb, with thousands of spectators cheering them on, and the surrounding landscape basking in glorious sunshine, was truly spectacular.  It showed what a special place Ilkley is, which is fantastic to see.”

Welcome to Yorkshire and the event’s organisers have already confirmed this year’s Tour de Yorkshire was the biggest and best yet, with an estimated 2.6million spectators lining the route to take in the four days of cycling action.

We celebrated the Tour De Yorkshire, by decorating many of our offices to show our support.